KNOXVILLE, Tenn. – Students at the University of Tennessee protest in response to the United States Presidential election.

Smokey’s Pantry works to end hunger for the university community KNOXVILLE, Tenn. – Food insecurity is a growing problem on college campuses. The University of Tennessee is no exception. KNOXVILLE, Tenn. – Over 600 residents live in a constant state of uncertainty in the Knoxville area. An apartment complex on the corner of 17th Street and White Avenue pushes back the grand opening date for residents.

The Standard sends weekly emails to update construction progress for residents. The most recent email predicts an October 12th completion date. The Standard charges no rent until residents move-in to their apartments and compensates each resident with a 125-dollar weekly gift card.

The desire for a better future is the foundation for Design Thinking. Dr. Matthews highlighted how, “design is about going somewhere we have never been before.”

Dr. Matthews engaged the audience as he discussed the applications of Design Thinking.

UT Science Forum President Amanda Womac noted that, “this topic today is definitely outside of the typical concept of what people think about science.” President Womac emphasized how design science uses empathy and community building to impact societal systems.

Dr. Matthews has worked in Haiti with the wicked problem of poverty. While designing in Haiti, Dr. Matthews focused on material poverty. Dr. Matthews used the strained resources to redesign for impactful change.

Within the creative process Dr. Matthews found that, “integrity, culture, and how we embrace those ideas are important to design.”

Dr. Matthews is the Associate Dean of Facilities and Technology and Chair of Interior Design in the College of Architecture and Design. Any college major is open to Dr. Matthews’s Design 130 and 430 courses, which integrate the process of Design Thinking.

Dr. Sumrall is an assistant professor of ecology and evolutionary biology at UT. For ten years Dr. Sumrall has taught the Age of the Dinosaurs class. The class explains how the dinosaur lineage did not end 65 million years ago when an asteroid hit Earth.

The skulls of the Seagull and the Allosaurus dinosaur have similarly structured jaws and eye sockets.

According to Dr. Sumrall, “the idea of dinosaur extinction is 19th-century science.”

The bird lineage began with the dinosaur Archaeopteryx. Over time dinosaur characteristics of a stiff tail and three toes evolved in present-day birds.

The Archaeopteryx fossil cast displays evidence of feathers and enlargement of the brain seen in birds today.

An extra hinge jaw and a wishbone are dinosaur adaptations that help birds fly. These adaptations support Dr. Sumrall’s belief that, “all birds are equally related to dinosaurs.”

Although people have not recognized the dinosaur and bird genealogy, Dr. Sumrall insisted that the, “lineage persists regardless of our opinion of them.” 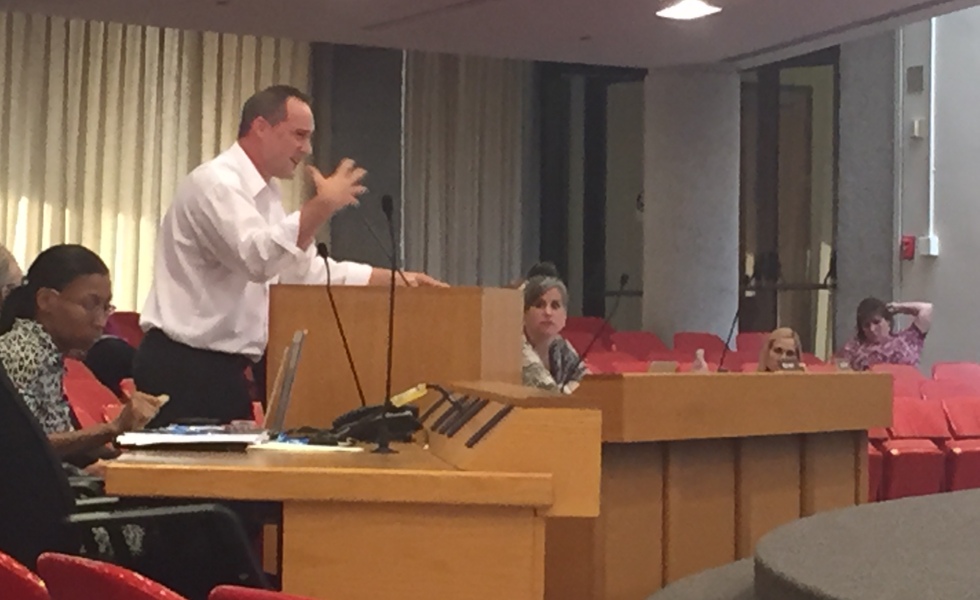 KNOXVILLE, Tenn. – The Knox County Board of Education votes no on parent’s discrimination appeal for their fourth-grade autistic son. 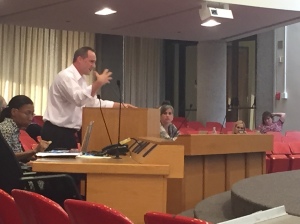 The student’s father, Matt Anderson, pleaded his son’s case in front of the Board members.

The 10-year-old student was placed in a comprehensive developmental classroom (CDC) separate from the general education class. The parents claim that the CDC restrictive setting is in violation of Title II of the American Disabilities Act (ADA).

The Andersons first identified this discrimination when their son entered pre-school at Fort Sanders. The then three-year old student was placed in a full time special education classroom.

The student’s mother Stephanie continuously relayed, “You’re holding the information hostage and as he progresses through the years he’s not getting the same access to the information that the other children are.”

The 2013-2014 State Report Card of Tennessee details the proficiency percentages of students with disabilities in the core classroom subjects.

She noted that much of this withheld information appears on the Tennessee Comprehensive Assessment Program (TCAP). As students with disabilities take the TCAP, they are not prepared for certain test questions.

Susan Crabtree, the attorney representing Knox County Schools, argued that there was no violation under ADA.

“There’s no prejudice here. This is sound educational programming that the parents don’t agree with, but it’s sound programming, ” Crabtree insisted.

The board unanimously approved the previous decisions of the Knox County Schools hearing committee and Superintendent. Board Member Karen Carson expressed her support to uphold those decisions, but she ensured that this was not an easy verdict.

“This is one of those things that doesn’t leave you comfortable at the end, but it’s important to remember the charge before our body,” Carson stated.

'Into the unknown': Navy plans PFAS tests at Md. base 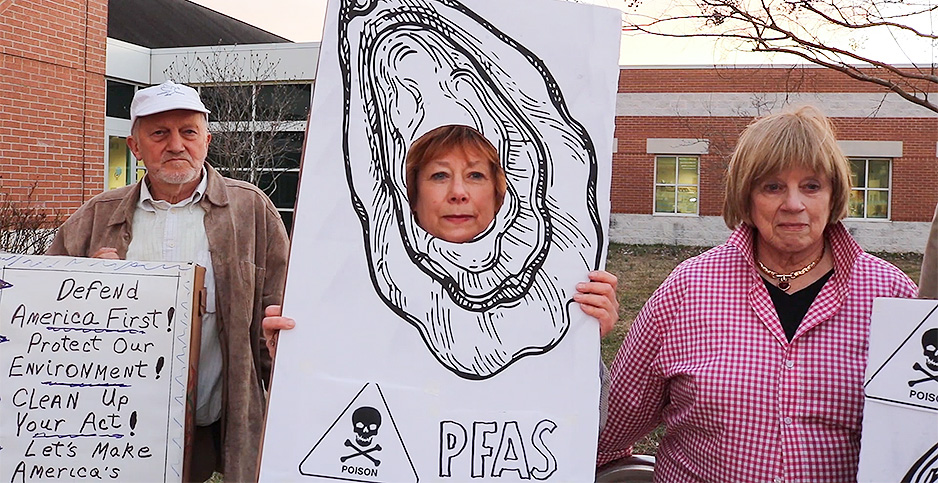 LEXINGTON PARK, Md. — Despite the Navy’s assurances, residents near an air base by the Chesapeake Bay are worried about whether chemicals are contaminating their water. The military looms large in St. Mary’s County, where Navy, Marine Corps and Army banners hang in a cafe near Naval Air Station Patuxent River and residents rely on […]