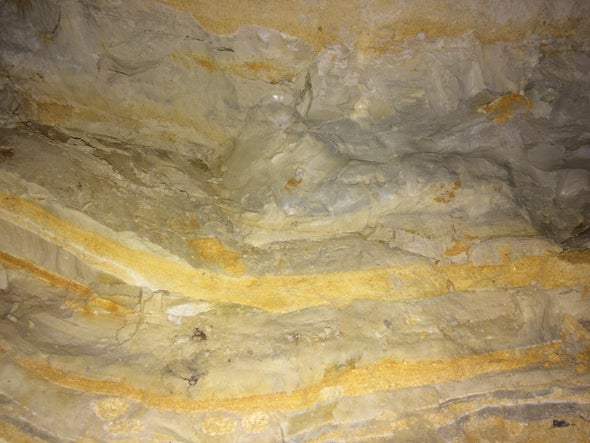 Fossils from 66 million years ago have pointed to a potential link between mass extinction of marine life and ocean acidification.

A study published yesterday by the National Academy of Sciences revealed how the collapse of marine species occurred following a meteorite’s impact that wiped out the dinosaurs. The meteorite increased carbon levels in the atmosphere and altered the chemistry of the Earth’s oceans over time.

Researchers studied marine animals with shells, known as foraminifera, to determine how a spike in carbon levels increased ocean acidification.

Their findings argued that the disappearance of the organisms occurred after pH levels dropped 0.25 unit between 100 and 1,000 years after the meteorite hit. Acidification then intensified.

One of the study’s authors, Ellen Thomas, a senior research scientist in Yale University’s geology and geophysics department, noted how increased ocean acidity raised the risk for extinction of marine organisms with shells.

“If we have more acidic oceans, then on the one hand, it is more difficult, it takes more energy for organisms to make a calcium carbonate shell,” Thomas said.

NOAA reported that following the Industrial Revolution, the pH levels in oceans dropped by 0.11 unit. That translates to a 30% hike in acidity levels.

NOAA launched its Ocean Acidification Program in 2011 as part of a larger effort to monitor, research and educate the public on the impacts of the changing chemistry of the oceans.

The program has funded multiple research projects along the Gulf of Mexico, in coral ecosystems and in the Southeast.

“Model projections suggest that if business-as-usual scenarios continue into the future, we might see pH decline on the scale that was observed in this study as a result of that [meteorite] impact,” Osborne said.

Ocean acidification is reversible, but Thomas pointed out that changes in chemistry cannot be altered for thousands of years.

Published in conjunction with E&E News and Scientific American

'Into the unknown': Navy plans PFAS tests at Md. base

LEXINGTON PARK, Md. — Despite the Navy’s assurances, residents near an air base by the Chesapeake Bay are worried about whether chemicals are contaminating their water. The military looms large in St. Mary’s County, where Navy, Marine Corps and Army banners hang in a cafe near Naval Air Station Patuxent River and residents rely on […]